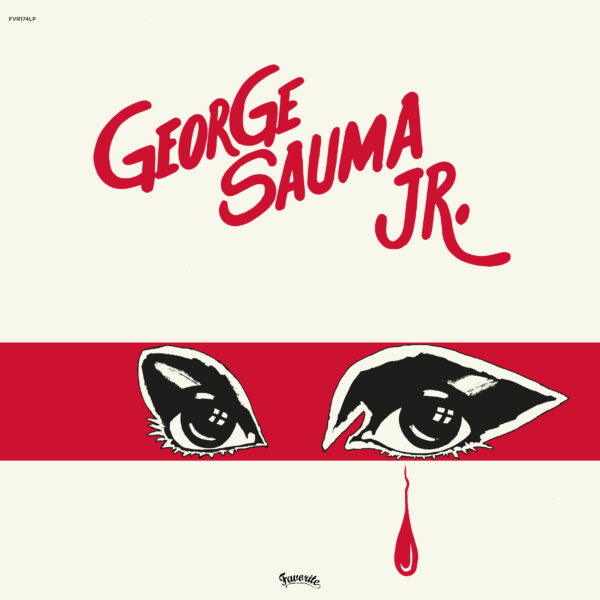 Favorite Recordings proudly presents an exclusive eponymous LP by Brazilian singer and composer George Sauma Jr., originally produced in 1985. Imagine a never-marketed release on which you’d hear not only the beautiful and genuine George’s songs but also the work from two figures of the Brazilian Music Golden Age: Arthur Verocai and Junior Mendes! A much-needed album for all Brazilian connoisseurs.

Back in the days, George Sauma Jr. was a young artist from Rio de Janeiro, learning on his side how to play chords and compose songs since he was 10. Still at the university, he’s influenced by Brazilian artists like Cassiano or Tim Maia, deeply fascinated by the arrangements and the “levada” (the groove) of all these new Brazilian songs. Simple and romantic music that resonated to his soul and creativity.

Around 1985, the story took an unexpected turn. George tells: “Dna Deyse Lucidy, the mother of Junior Mendes was a candidate for deputy and went to my father’s company to advertise. When I saw her, I shouted, “I’m a big fan of your son!” ” Of course, she could not praise more the work of her son. On her advises, George went to his studio on Rua Siqueria Campos at Copacabana. Junior loved the project and sent him to Arthur Verocai to improve the arrangements. Without money, the decision was taken to record everything at Junior Mendes’ studio on an 8-channel mixer. It was a small set-up but the emotions were there! George surely had other plans for some of his songs but without the budget, they ended up doing everything the best they could. And they did very fine with a top-notch team of musicians: Paulo Black on Drums, Arthur Verocai on Guitar, Ricardo Do Canto on Bass and Helvius Vilela on Keyboards.

Leaving the studio with the tapes, George tried to knock doors of international labels, but none did even dare to give him an answer. With less than 1000 copies pressed back in the days and without any distributor or label behind him, he went with proud to record stores, but received nothing than a strong reality check regarding the difficulties for a young Brazilian artist to achieve something on the saturated market of the 80s. Even for free, record stores didn’t want it. In the end, he ended up giving copies to friends and families, knowing deep inside that the songs were good! George tells: “I decided to leave, calm and conscious. I’ve still made three more albums, however on tapes, as it was more affordable. This time, just for my pleasure…”.

Thirty-five years after, it’s with great emotion that this first album by George Sauma Jr. is now made available!