Message In Our Music Vol. 2 Selected by Waxist (Comp, RE) 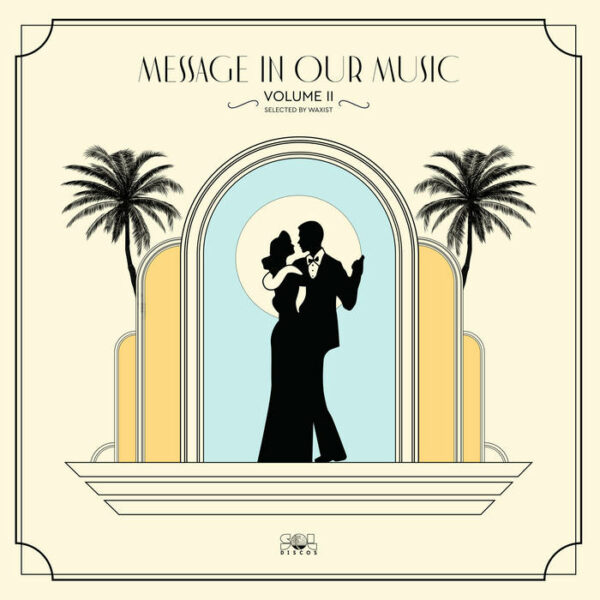 SOL DISCOS is extremely happy to introduce the second volume of their Message In Our Music compilation series, selected by WAXIST. This album is the result of more than two years of work in researching the original recordings, the artists involved & licensing the different songs. Focusing once again on the Modern-Soul genre, the album brings back to light eight extremely rare songs from the mid-70’s to the mid-80’s, all officially licensed.

From the heavy synth Gospel Boogie of Sharnell Morton‘s “You Are My Shining Star”, to the magnificent Network & Co private Disco “Spirit Of The Boogie”, most of these songs are highly difficult to find on their original format, not to mention at a decent price. Direct Connect Shun’s “He’s No Good” records have been destroyed in a flood, and the few copies which have sold on the Internet reach the 3 figures price tags for example. Also, the album is proud to introduce to a wider audience some lesser-known but exceptional recordings such as Janice “Nikki” Harrison‘s “Magic of Love”, which is taken from a Broadway musical produced & composed by Ted Wortham – who also composed for Philadelphia International Recordings artists such as Teddy Pendergrass, Anthony White or Jean Carn.

Message In Our Music Vol.2 has been fully remastered, and features interview-based liner notes, along with never seen before pictures of the artists selected.