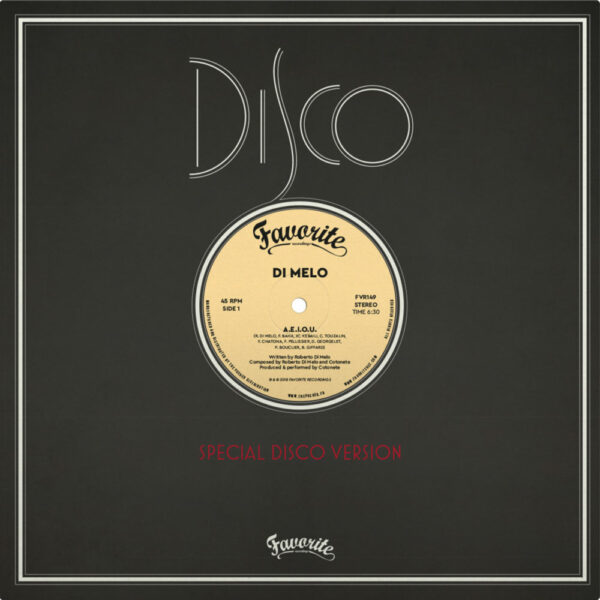 New single by legendary Brazilian singer DI MELO, 40 years after his classic self-titled Samba-Soul LP. Performed and produced by French brilliant combo COTONETE, this single and collaboration will be followed by a full album early 2019.

Florian Pelissier speaks about the project: “On tour in Brazil with Cotonete, we had a few days off in Sao Paulo and I really hoped to make a collaboration with an important artist or band from the Brazilian funk scene. We had thought of Marcos Valle, Meta Meta or Ed Motta… but Rafaela Prestes our Brazilian “sound ingineer/genious” told me: “I worked for the return of Di Melo in Rio 2 years ago. He rocks, he’s adorable and he lives in Sao Paulo, here’s his number, he would be perfect for Cotonete.”
No sooner said than done. I’m a huge fan of Di Melo and had already tried to contact him for Cotonete 6 years ago. The next day, on a Sunday, he arrives at our house with Jo, his wife, and Gabi, his daughter. He takes the guitar in front of us in the kitchen, and gives us a private show of 3 hours… we cried the tears of joy.
He had 400 original songs never recorded, a gold mine. On the same night, we started working the arrangements for 2 days, followed by a rehearsal and two small gigs in Sao Paulo. Immediately after, we recorded in the magical Epsilon B studio. All with the participation of Gabi, his 10-year-old daughter, and future star.
This album is the summary of this moment, of these 5 days of madness spent together between “the best band in the world” and the legend Roberto Di Melo… Simple, beautiful, Brazilian-French, human music…”