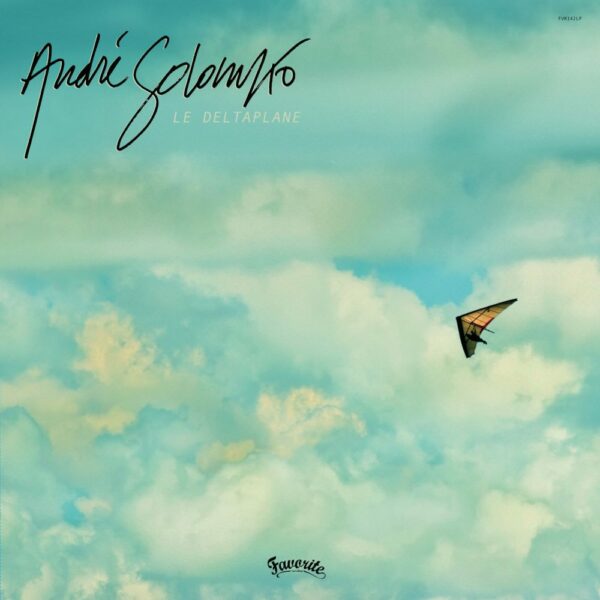 Discover Le Deltaplane, fifth album by Andre Solomko, and third produced on Favorite Recordings, pursuing a collaboration that started more than 5 years ago.

Born in Ukraine in 1965 and now based in Finland, Andre Solomko is primarily a rich and engaging personality, but above all, a brilliant saxophonist, composer and engineer, whose contagious passion cannot leave anyone indifferent. After beginning a meteoric career in USSR, fate led him to Finland, where he started the adventure Vinyl Jam, a label / studio / group. It resulted in two self-produced albums that will capture the attention of some international collectors, including Pascal Rioux (founder of Favorite Recordings). Between 2012 and 2014, they released 2 albums together, Où es-tu maintenant ? and Le Polaroid, hailed by many tastemakers and meeting notable success in Japan.

Andre’s backed again by a team of great musicians, recording and producing the album in analog like he always did. As for vocals and lyrics, he teams up with Charlotta Kerbs, a young emerging and talented singer from Helsinki.

Andre Solomko, an artist who spreads love like in the good old days!