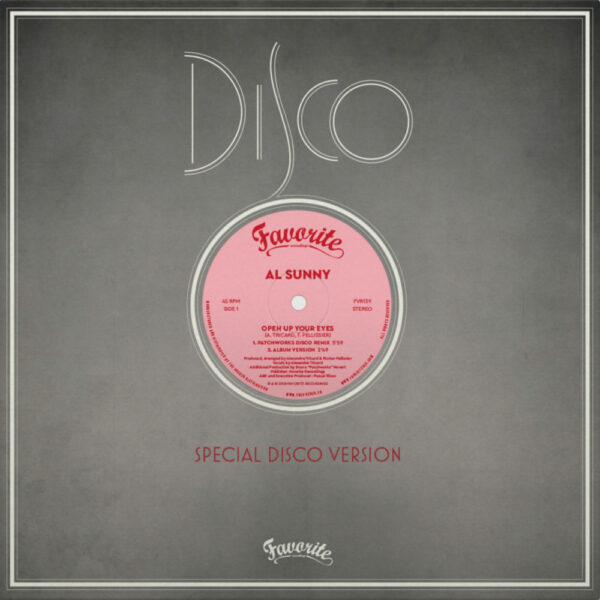 Following the acclaimed first album of Al Sunny released in 2017, we proudly presents this single remix package of “Open Up Your Eyes”.

Al Sunny is a young composer emerging from the French soul music scene. Soon after learning the guitar, he started composing and became involved in numerous projects and collaborations. He quickly discovered deep inside himself the music that he truly loves, inspired by artists such as Tim Maia, America, Al Green, and Al Jarreau. During his studies he met musicians including Florian Pellissier, and it’s then thanks to Florian that he met Pascal Rioux, founder and A&R of Favorite Recordings. Together they produced Time To Decide, a first album acclaimed by many tastemakers and gaining a solid success in Japan.

One of the highlights of the LP was the track “Open Up Your Eyes”, which disclosed the premise of Al Sunny music style, infused with Blue-Eyed-Soul, Pop and Folk. Also tainted with a funky dancefloor color, “Open Up Your Eyes” was a perfect match to build a nice remixes package for DJs. On the A side, Bruno “Patchworks” Hovart delivers again a hot Soulful/Disco version of the song with his famous touch. As for the B side, Favorite Recordings asked the Canadian producer Jex Opolis (Good Timin’ Records), with a Disco style slightly more oriented in Electronic and House vibes.