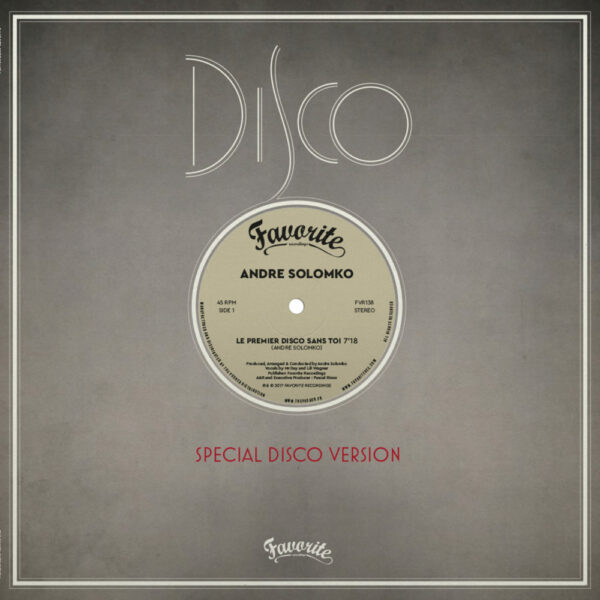 Born in Ukraine in 1965 and now based in Finland, Andre Solomko is primarily a rich and engaging personality, but above all, a brilliant saxophonist, composer and engineer, whose contagious passion cannot leave anyone indifferent. After beginning a meteoric career in USSR, fate led him to Finland, where he started the adventure Vinyl Jam, a label / studio / group. It resulted in two self-produced albums that will capture the attention of some international collectors, including Pascal Rioux (founder of Favorite Recordings). Between 2012 and 2014, they released 2 albums together, Où es-tu maintenant ? and Le Polaroid, hailed by many tastemakers and meeting notable success in Japan.

This new single also results from a long and solid partnership, led by a shared and deep passion for analog music and vintage grooves. Announcing a new album planned for 2018, the EP unveils two new compositions with Disco flavors. Andre’s backed again by a team of great musicians and vocalists, such as Mr Day and Lili Wagner on “Le Premier Disco Sans Toi” (The First Disco without You), or Charlotta Kerbs on “Moonbeach Disco”. And if not really the first, this Disco journey fits perfectly with Andre Solomko’s Jazz-Funk style and sense of melody, showing another facet of his many talents.