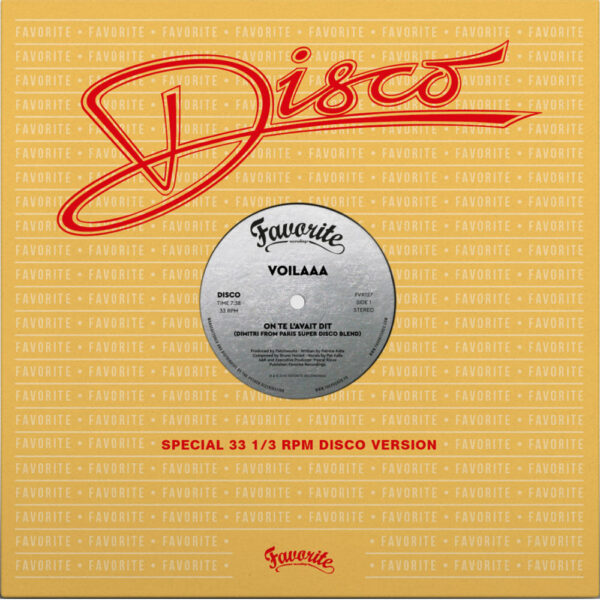 This time exploring the wide spectrum of the African and Tropical Disco scene, he received a massive international support for Voilaaa’s first album, On te l’avait dit, released on Favorite Recordings.

With a second effort already planned for spring 2017, Voilaaa has not finished to feed international dancefloors with heavy Afro-Disco vibes.

If any would doubt that, here comes a hot remixes single package, which should end any debate about it, with Dimitri From Paris and Africaine 808 at the control!!