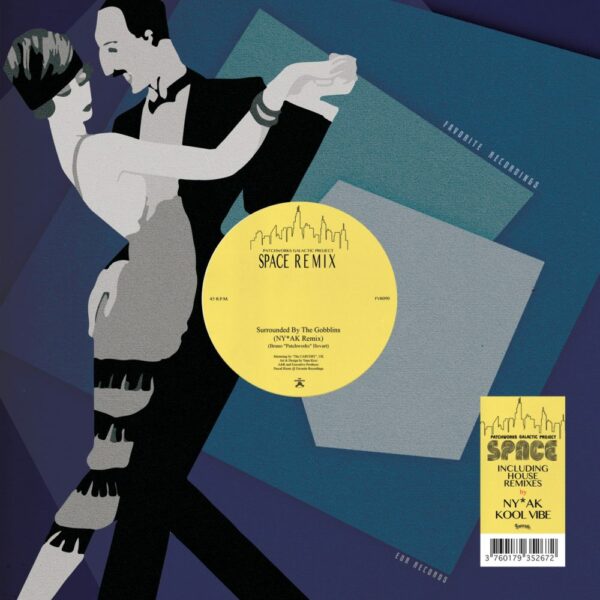 On the A side, rising UK producer NY*AK provides a blowing version of “Surrounded by the Gobblins”. What do the letters stand for? Why the asterisk?” you ask. The origin of the asterisk has something to do with donating dates of birth on family trees, from back in the medieval times. In music, an asterisk denotes when a sustain pedal should be lifted. NY – New York? AK – Alaska? Is it something to do with the three stooges? Nyak nyak nyak… It leaves the mind thirsty for answers… In reality Andrew Scott, the man behind NY*AK; banged his computer keyboard in frustration one day – and out came NY*AK. If that’s taken the shine off it a little, we’re not worried. Listen to any of Andrews tracks and we guarantee you’ll be drawn straight back in, but this time – deeper.

For the B Side, underground House producer Kool Vibe also delivers a brilliant rendition of “Gobblins Are Gone”. Producer & owner of KV Records (Paris), record collector since 1993, and definitely part of the new Deep House music scene that is emerging from France at the moment, Laurent, aka Kool Vibe, was born in Paris in 1970. Kool Vibe’s music reflects the best of the 90s House Music sound that he manages to love so much. In 2011 and 2012, his first releases have been cult tracks out on “My Love Is Underground” and “Traxx Underground” imprints.

“Must congratulate you. I can’t remember the last time I sat and listened to an album from first note to last…” – (Patrick Adams about “Space” LP)