The Dynamics – Version Excursions (RE) 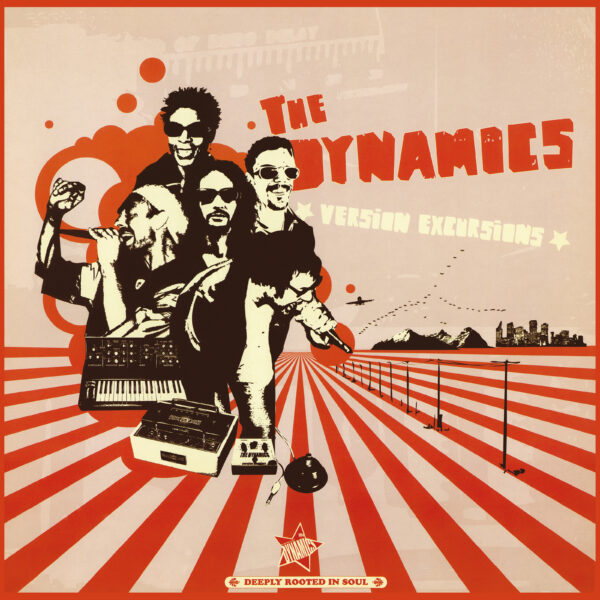 Stix Records, a sub-label of Favorite Recordings, proudly presents the long awaited reissue of Version Excursions, first album by The Dynamics. Originally released in 2007 and highly hard to find today, it could be considered as a modern reggae classic.

The band composed of Bruno “Patchwork” Hovart (production & programming), Eric “Flab” True (programming) and a vocal trio made of Mr Day, Sandra “Mounam” and Stevie Levi, quickly became famous with a 7inch single series, displaying their unique recipe of covers from classic hits by Madonna, Curtis Mayfield or The White Stripes to name just a few. True to Rocksteady and Reggae’s timeless tradition, everything from Pop, Roots, Disco, Soul & Rock is distilled through their fuzzy hypnotic filters to create amazing cover versions.

Originally hailing from the villages of Cameroon, the halls of Harvard, the palaces of Versailles, the boweries of Bristol, or the squares of Provence, it’s then in Lyon that The Dynamics united and created their timeless music, both vintage and fresh. 15 years after its release, the album’s still a real success, with more than 350k listeners on Spotify every month. An achievement easily explained by the quality of the tracks gathered, which also brought the original release to become quite rare years after years, now selling for crazy prices on the second-hand market.

“Whole Lotta Love” (Led Zeppelin), “Fever” (Peggy Lee), “The Creator Has A Master Plan” (Pharoah Sanders), “Lay Lady Lay” (Bob Dylan), these are only a few of the Rock, Pop, Soul and Jazz most famous hits reimagined by The Dynamics. In addition to the original tracklisting, you’ll find on our 2022 remastered edition their cover of “Music” by Madonna, previously only available as 7inch.

Available on May 30th 2022 as Double Vinyl Gatefold LP.