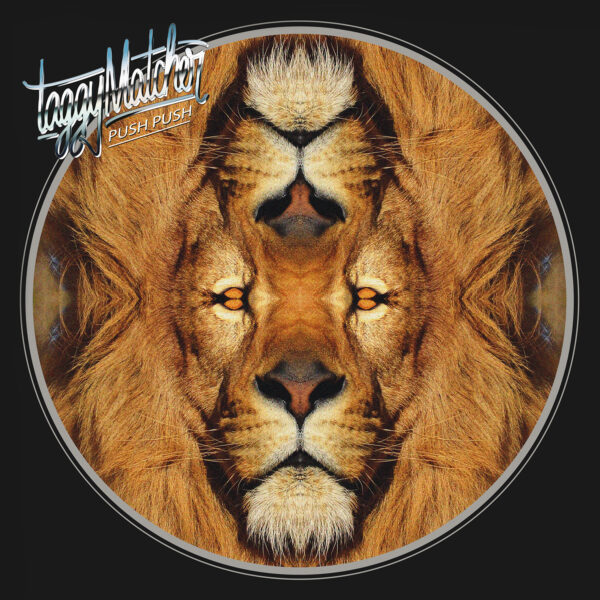 The album starts with “Push Push”, a title already released last year as a vinyl single 7″, in collaboration with rising singer LMK, who you may know from her successful previous reworks on Taggy’s last album (“No Love Allowed”, “My Man”). Sharing the same love for the early 80’s Digital Rub A Rub productions, lyrics are about street harassment of women… with a pinch of humor!

On “Little Things”, Taggy invites old mate Birdy Nixon for a cover of an early rocksteady classic by Hemsley Morris. With the vintage bounce we love combined with modern sounds and productions, the song is all about tenderness and simplicity.

“Volvere Mañana”,  the song has this very cumbia hip move with the participation of gifted singer Alexandra Charry from Cali in Colombia, where they both composed the song. Then, Taggy invited Boris Pokora to play the “gaita” local flute to give the song its proper Colombian Caribbean coast flavor.

The album continues with “Two Dimes” featuring longtime collaborator Hawa (from Mr President to Mr Day and other numerous projects). This shaky disco reggae rockers is all about getting ready for the party… but with two dimes only!

“Q Fashion” is a song full of wittiness and self-mockery wrote during the first Covid-19 lockdown. Parisian Soul singer John Milk was stuck in Paris while Bruno was in Lyon. On this minimalistic digital reggae tune, they give the ingredients to perfect your next quarantine outfit.

Discoish reggae tune “Get Enough” featuring Birdy Nixon has a simple and successful recipe: just mix a big dose of Lovers with the same amount of Rockers and you’ve got this 100% soulful song.

On “Suit and Tie”, Taggy and John Milk go Pop with this version of Justin Timberlake, that fits perfectly with John’s tender and mellow style.

Finally, Elodie Rama with Taggy Matcher pay tribute to Erykah Badu and her legacy to the Soul music scene at the end of the nineties. The mood is jazzy, mellow and warm, with a tiny Lee Scratch Perry early 70’s vaporous vibes.