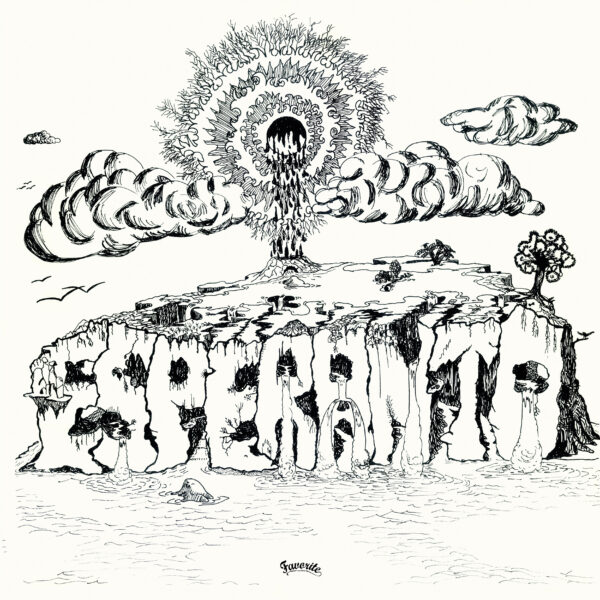 Favorite Recordings proudly presents a reissue of the first and eponymous LP by Esperanto, a Venezuelan Jazz-Fusion masterpiece originally released in 1980. This rare and sought-after album recorded in Caracas by talented musicians could be likened to the best of the South American scene with strong Funk & Latin influences. Following the recent reissue of Sacbé, this one is a little wonder and a must-have for anyone interested in Latin Jazz-Funk & Fusion. Fully remastered and available as Gatefold Tip-On Vinyl LP and CD.

Like most bands, the story first started as a series of jam sessions. Multi-instrumentist Jorge Aguilar and his drummer Pablo Matarazzo were playing in a band, covering a various number of Latin genres from Merengue to Salsa and playing at parties, even though they were mostly influenced by Jazz or Funk, but also British Rock or Brazilian music. Still, they were dreaming about a real band. Thus, while some of their friends were on vacations in Venezuela during their studies at Music school in Boston and New York, they immediately organized jam sessions. First impros quickly became songs and Pablo and Jorge were finally joined by Roldan Peña, Gustavo Arranguren, Ezequiel Serrano, Marcus Vinicius and Nenè Quintero. With the help of a friend, they recorded songs and brought those tracks to radio stations. Without realizing it, the group gained a certain notoriety in Caracas and began to give shows that became quite famous. Sometimes, they had to play two times in the same night with people still waiting outside!

With the money earned, they kept recording their songs but now in a quite better studio. The album was taking its final shape, with an exciting blend of Funk, Fusion and Jazz-Rock elements, all mixed with Latin music influences. With an extensive use of synthesizers, the tracks sounded like a fresh wind blowing over the city of Caracas.

After bringing a few friends to record their parts, the album was then offered to CBS for distribution – some of their executives had just become fans after experiencing one of their amazing gigs! But in exchange, they also had to record two more commercial songs, a cover of “Ticket To Ride” by The Beatles, and “Vereda Tropical”, a classic in the Latin market. Jorge reminds: “The rest of the songs were compositions by myself and by other members of the band. The album was recorded in its entirety almost live, that is, all of us playing together and without many overdubs because we did not have many tracks nor money to pay studio time. Certainly, we were one of the bands that started the Fusion jazz movement in Venezuela and the most recognized because we managed to be played a lot on the radios and we filled the largest number of concerts as well as obtained the largest number of sales”.

The band kept recording other albums, notably with Warner Bros after the label was again really impressed by their opening show for Peter Frampton Comes Alive Tour one night in Caracas. Jorge adds: “Today if you ask people around 60 years old in Venezuela about a Fusion group, they will tell you that Esperanto is the band they remember! I think the most significant thing about the Esperanto band is that it was quite naïve since we were all in our early 20s and we did everything just for the pleasure of playing without thinking about the economic aspects of the industry”.