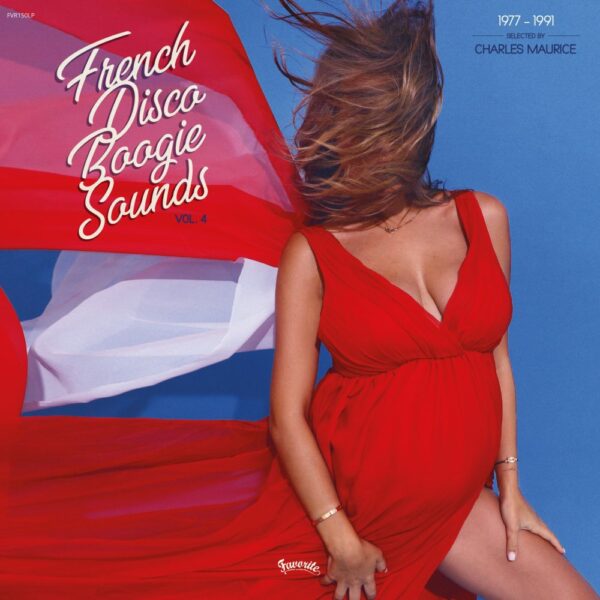 The motor hasn’t had time to cool down and the belt drive is feeling the fatigue. But Charles Maurice is the kind of DJ who just can’t let a turntable rest. After steaming up the slipmat with three sexy compilations of French Boogie, Charles Maurice is back with Volume 4.

In the late 70s and early 80s, while France was still firmly tuned into variety-show pop, a few enlightened ears and souls picked up the hypnotic beat of funk from across the Atlantic. These first warrior monks spread the good word in discotheques, jumped on newly available frequencies to fill the airwaves and, in some cases, took up instruments themselves to unabashedly build on the U.S. model.

In a short decade stretching from the late 70s to the late 80s – just a blip on the scale of music history – they turned out material in abundance. Lush productions with colorful covers, groovy typeface and creative photo shoots…

But first and foremost, they made music weaned on, spoon-fed and imbued with funk. Music defined by a groove with a robotic beat (Djeneba) that clearly hears hip-hop banging on the door, where layers of synthesizers, handclaps (Eric Chotteau), horns and African percussion line up and follow the all-powerful lead of the swelling slap bass (Cyrill). Music that tells everyday stories, both humorous and lovelorn (Serge Delisle), and often packed with pheromones just waiting to be released on the dance floor or sofa (Chris O’Hara). Shaped by synthetic textures, these productions are also spiced with Caribbean and Creole arrangements that reflect the West Indies’ critical contribution to French Boogie (Wai Kop, Acayouman).

With his immaculate tailoring, slicked back hair and clipped moustache, Charles Maurice has once again transformed himself into a HiFi stylus to explore the groove traced by this specifically French musical style. From 45 to 33 RPM, he has traveled the black spiral to bring us a new selection that proudly features a number of rarely heard pieces and even an unreleased track by Marco Attali. True to form, Monsieur Charles carefully crafted this fourth volume from his personal collection of impeccably restored and mastered vinyl recordings.