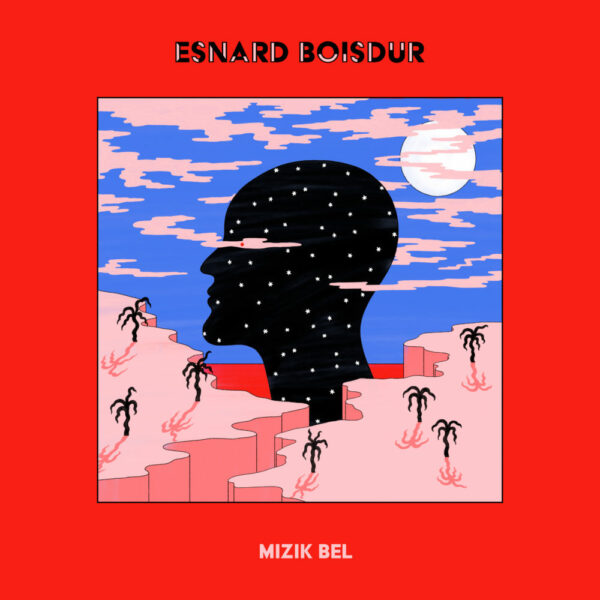 “You don’t need to be a fan of Gwoka or even Antillean music in general to fall in love with the deep, expressive voices of the singers of the genre. Artists like COSACK, ANZALA and ESNARD BOISDUR have fascinated music lovers around the globe for decades. It’s not only the drumming style accompanied by their beautiful melodic intonation, but also the revolutionary spirit of these songs that make them a unique and powerful document of the culture and the history of the Antilles and the Caribbean.

I remember the first time I listened to this type of drumming and signing, live at the re-enactment of the slave riots, and being completely emotionally overwhelmed by it. Some of my record collector/DJ colleagues and friends – first and foremost Hugo Mendez and Émile Omar – shared the same fascination for the genre and kept inspiring me, and countless others, by their DJ sets at Tropical Discoteq in Paris, where I have had the pleasure to be one of the residents for five years and counting. At one of those nights, I met my friend Pascal Rioux from Favorite Recordings and told him about an amazing unreleased track I received months before, on a home-burned CD, from ESNARD BOISDUR. Among other beautiful songs, it contained one outstanding track, a mix of modern Gwoka and Zouk called “MIZIK BEL”.

When I started playing that track out, there were fierce reactions on both ends. The crowds loved it and after a while you could hear people cheer when they heard the first notes. Many DJs and labels wanted it, demanded it, and would even go as far as to block or unfriend me if I refused to comply. It became clear to me that the track had to be released on vinyl for the first time and made accessible to people who wanted to play it, while giving the original artist full credit. At the same time, I knew a remix version of the track that would pay respect to the original could only be created by getting the original stems, and not by editing the main track and pressing it into an “electronic dance corset.” Pascal agreed to the idea and started the licensing work and the search for the stems, which resulted in an ongoing three-year quest that was crowned by the finding of the ADAT containing the original tracks.

As AFRICAINE 808, Dirk Leyers and I spent considerable time trying to re-create the composition of the original, respectfully slicing and re-arranging it, adding new instrumentation, and recording additional percussion and talking drum with our percussionist ERIC OWUSU (Pat Thomas/Ebo Taylor). We stretched it, adding a krauty synth part without losing the focus of Esnard’s beautiful voice and lyrics, describing Caribbean music in all its diversity and beauty.