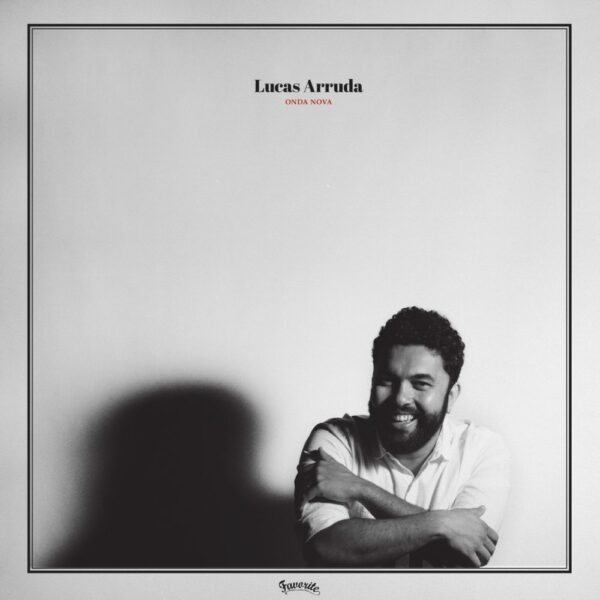 Since the release of his 2 first albums on Favorite Recordings, Lucas Arruda has quickly established himself as one of the most talented young artist and composer from Brazil. His music is filled with fusion style, mixing influences and elements from his Latin musical background, with his genuine admiration for Jazz, Soul, Pop and Funk music.
In spring 2015, it was also not surprising to find Lucas Arruda back with a new LP called Solar, receiving great supports and feedbacks from international media and tastemakers. One of the highlight of the album was the song “Melt the Night”, on which Lucas teamed up with legendary producer Leon Ware, reminding his collaborations in the 80s with Marcos Valle, when they perfectly merged together the sophisticated Boogie and AOR touch from California, with the blazing sense of rhythm from Brazil.
Today Favorite Recordings proudly present Onda Nova, new and third album by Lucas Arruda. Mostly written, composed and arranged by himself, Lucas however teams up on a few tracks with his old mate Fabricio di Monaco (Modo Solar), his brother and musical partner Thiago Arruda, who recently joined Ed Motta’s live band, or Gaël Benyamin, also known as Geyster, who brings his longtime “savoir-faire” and skills for writing and composing AOR and WestCoast music genre, and who share this deep passion with Lucas.
Onda Nova is therefore pursuing the music direction set with Solar, mixing touch of Blue-Eyed-Soul, Pop, Soul and Brazilian styles together, and influenced by the path of legendary Brazilian producer Lincoln Olivetti, who recorded some of the biggest stars of Brazilian music (Marcos Valle, Jorge Ben, Tim Maia…).
In Lucas words: “In this record I really wanted to honor Robson Jorge & Lincoln Olivetti. They are the main influence on this record. We recorded the basic tracks for the album in the same studio that Lincoln Olivetti did his last works. So, this was very important to capture the true essence of Brazilian Funk/AOR tradition. Hope you guys enjoy it!”