The Fizz – State of Emmergency (LP, RE) 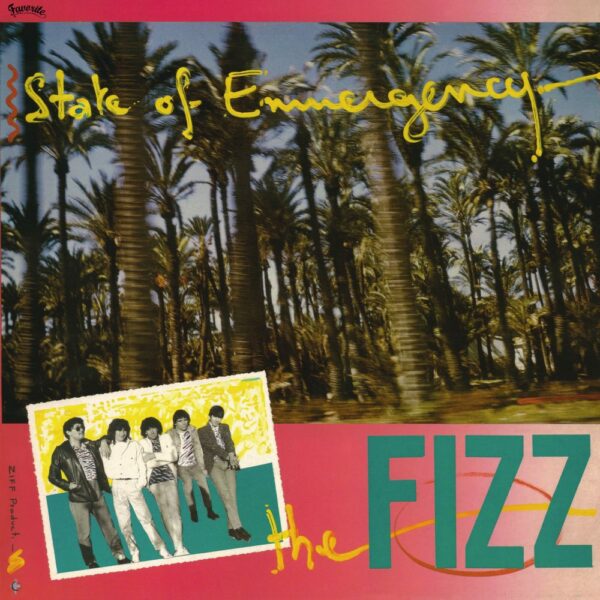 Favorite Recordings presents this new official album reissue of State of Emmergency by French band The Fizz: A real underrated, complete and intriguing album, originally released in 1986 as a private-press LP and quite hard to find in good conditions nowadays.

The Fizz is mostly the result of Patrick Jouanneau, a French musician, composer and producer who’s still active today. He remembers: “In the early 80’s I had a recording studio allowing me to easily fulfil my desire to create songs. It was then that I began to compose and write songs, in French or in English in this case. State Of Emergency (spelling on the LP is a mistake), is born from a fierce will on my part, and the other four have followed, but it was not easy, the musicians, you have to get them out of bed! I have to say that Richard Larozé, the pianist, was a very strong guy with harmonies, and has somewhat changed my first version, much more oriented in Soul and R&B.”

And when asked about his main influences, Patrick says: “It’s always difficult for me to speak about influences, out of respect, and humility especially, but they nourished us and nourished this project; Stevie Wonder, Al Jarreau, Earth, Wind & Fire, and so on, were and still are important to me and this was the case for the entire FIZZ group.”

At the end, State of Emmergency by The Fizz is a very interesting and brilliant album with great inspiration in melodies and compositions. And who knows, listening to the title “A So Called Being“, it could even have inspired a certain “King of Pop”…