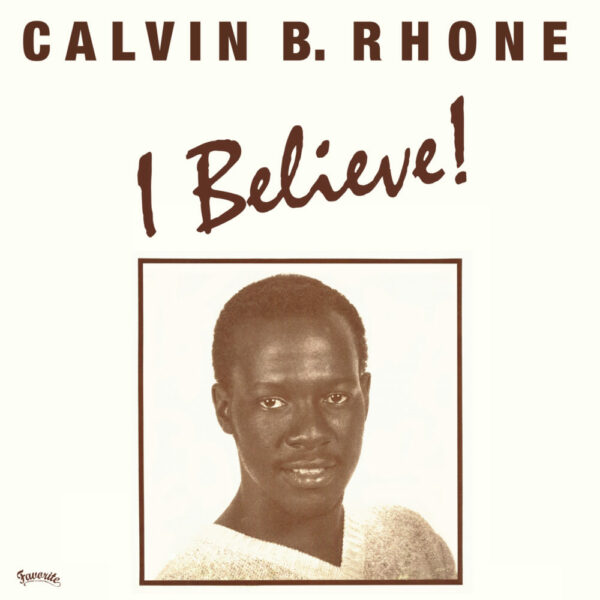 Favorite Recordings proudly presents this new official single reissue of I Believe! by Calvin B. Rhone: A very rare Gospel/Disco masterpiece, originally released at only 1000 private-press copies, and surprisingly unknown and underrated until today.

Calvin Bernard Rhone, a native of Los Angeles, has been ministering in word and song for more than 40 years throughout the US and abroad.  He acknowledges that he is passionate about music; yet purposed for ministry. Beginning his professional singing career at age eight, he has shared the stage with possibly every major Gospel artist from the 60’s to present.

In 1983, he released the album Intimate Friends on his own label, C.B.R. Records. Recently discovered by DJ and collector Charles Maurice, the LP has never received the attention and fame it deserves. It was anyway obvious for the DJ and Favorite Recordings, that some of the tracks it includes would for sure become real classics for all Disco and Funk music lovers and deejays.

Officially licensed to Calvin B. Rhone himself, it’s today reissued for the first time, as a 3 tracks vinyl single.