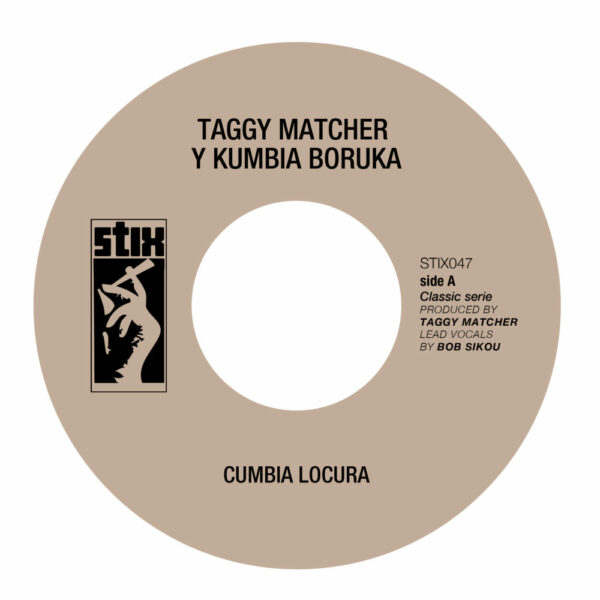 Taggy Matcher (aka Bruno “Patchworks” Hovart) is back with another musical trip, always knocking where you don’t expect him to. For this new single, the French Reggae producer has teamed up with the uprising Cumbia combo, Kumbia Boruka, for a scorching track inspired by Dillinger’s legendary Reggae single, “Cocaine in My Brain”.

Kumbia Boruka is a band led by Hernan Cortes, a percussionist, accordionist and singer born in Monterrey, capital of the Cumbia music. After playing and touring with some of the biggest Cumbia’s artists, such as Celso Pina, he founded the band few years ago in Lyon, composed of Bob Sikou as lead singer, and 7 experienced musicians to support them.

As a major figure of the music scene in Lyon, Bruno “Patchworks” Hovart was immediately seduced by the band and Bob’s voice and style. It ended in this perfect collaboration and meeting, between Jamaican vibes and Mexican melodies, now presented by Stix Records on a vinyl 7inch.