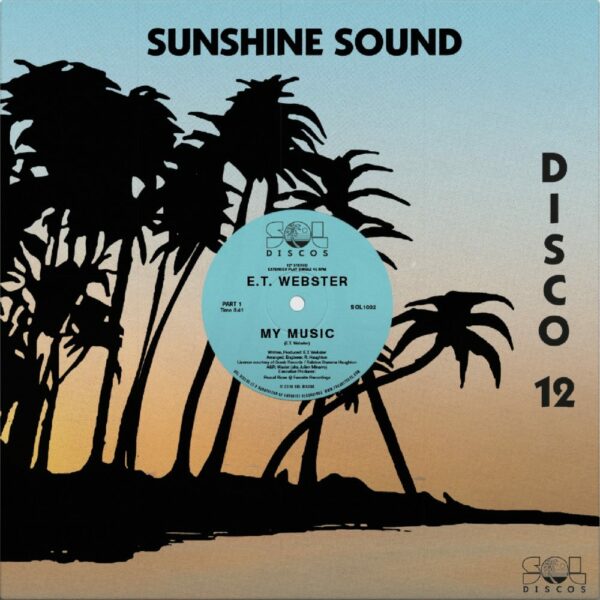 After a successful launching a few months back, SOL DISCOS is very happy to introduce its second release. This time, the label goes for the 12″ format and decides to reissue a very obscure Island disco / funk hybrid two sider.

Originally arranged & released by Jamaican producer Ralston “Stamma” Haughton on his SOMB (Sound Of Montego Bay) imprint, “My Music” is sung by Jamaican artist E.T. Webster and features a dub mix to the vocal on the flip. The music is provided by a high quality band of session musician, including Leslie Butler or Paul Hurlock.

SOL DISCOS is delighted to give a second life to this rare & hard to get 12″, which is not only very rare & elusive, but has also changed hands for high money recently when it shown up.