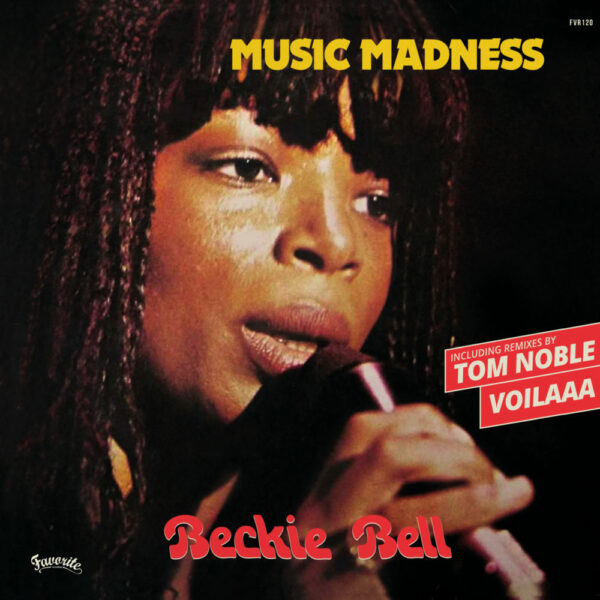 Pierre Jaubert has been one of the great producers from the Funk and Disco French music scene during the 70s and 80s, mostly known for his work with the group ICE, who he then transformed into Lafayette Afro Rock Band. During his long and prolific career, he’s been involved with many artists and labels, including Motown, Chantal Curtis (Brenda Mitchell, Michelle), Leroy Gomes (Santa Esmeralda) or Robert Helms to name just a few.

“Music Madness” is a brilliant disco track from Beckie Bell’s rare album, In Need Of… After highlighting it in an extended version, on the compilation French Disco Boogie Sounds (2015), Favorite Recordings decided to reissue this killer song on a proper 12inch single. The package including the original album version and two hot remixes by Tom Noble and Voilaaa.