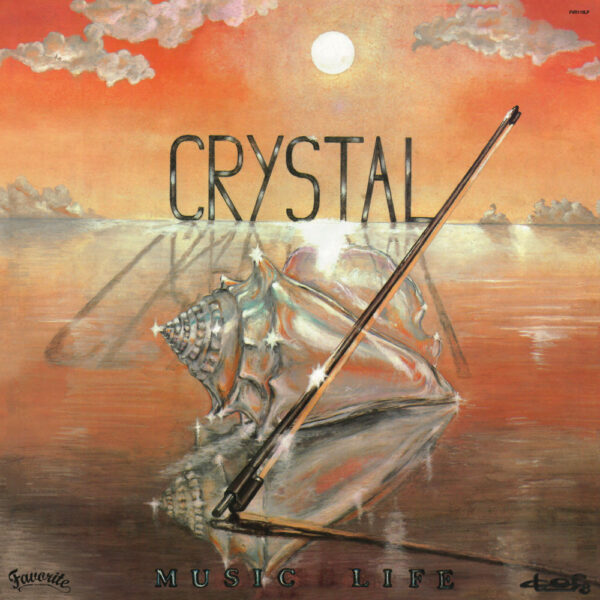 Favorite Recordings proudly presents this new official album reissue of Music Life by Crystal: A killer LP produced in 1983 by Georges Debs (GD Productions), and mixing elements of zouk and tropical influences from the French West-Indies, with heavy disco and funk flavours.

Crystal was an 8 piece combo from the French West-Indies islands led by Franck Donatien. Gifted guitarist and composer, Franck Donatien had a few experience leading band projects such as Crystal, Lazer or Taxi Créole, and is mostly known and respected for his long and prolific career as a musicians for many artists from the local zouk music scene.

With Crystal, he released 2 albums between 1984 and 1985, both today very hard to find and famous for including some amazing tracks. If Funky Biguine, Crystal’s second album, is mostly a 1 track LP with few other moments, Music Life is truly a brilliant album from first note to the last, including climax titles such as “Music Life”, or “Santo Domingo”.

Today, Favorite Recordings is deeply honored to officially make this forgotten treasure available again for all. Fully restored and remastered with great attention to sound quality, Music Life by Crystal is presented in a deluxe vinyl replica, and digital versions.

And later this year, more Crystal music will “Funky Biguine” will also officially be included in the second edition of the French Disco Boogie Sounds compilation series.