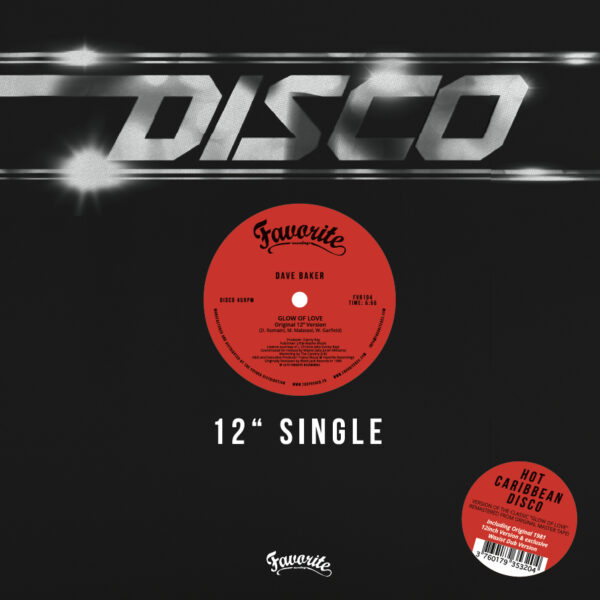 Favorite Recordings proudly presents this new official single reissue of “Glow of Love”, by Dave Baker. A scorching Caribbean-Disco version of the classic anthem by Change and Luther Vandross produced and released in 1980 on Black Jack Records.

Black Jack was a UK based reggae label active between 1978 and 1982 and ran by Jamaican singer and producer Danny Ray. After recording for MCA Records and Trojan Records in the early 1970s, he later set up Black Jack label, producing mostly his own music and a few others singers such as Christine White and Shirley James.

During these short 4 years of activity, Danny Ray and Black Jack also produced a few isolated singles by more famous Jamaican singers like Winston Francis or Jackie Edwards. Amongst them was also this hot lovers-rock version of “Glow of Love” by the great Dave Baker, famous member of The Techniques and half of the duo Dave & Ansell Collins.

Pursuing his collaboration with Favorite Recordings and the recent reissue of Lamar Thomas single (FVR099), this very rare record is coordinated for reissue by French DJ and collector Waxist (aKa Julien Minarro).

Remastered from the master tape in its original 12inch version for the occasion, the vinyl single package also includes an exclusive extended Dub version finely edited by Waxist.