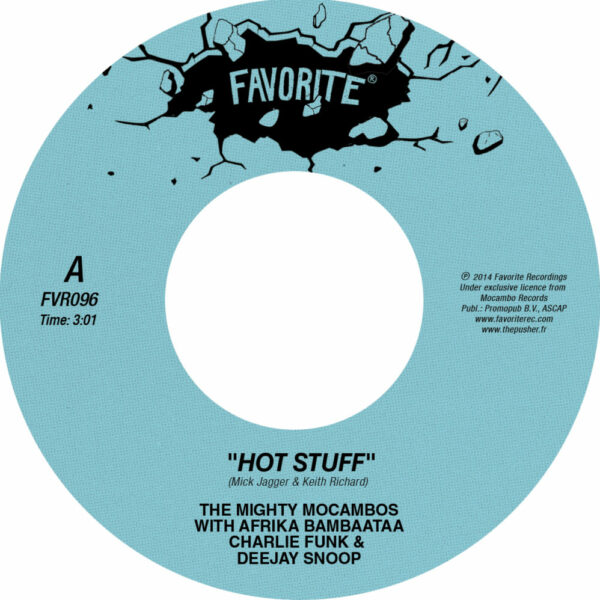 An outstanding exclusive 45 from the ongoing killer collaboration of The Mighty Mocambos and Afrika Bambaataa, who deliver surprising cover version of Rolling Stones’ moderately successful 1976 single “HOT STUFF” (from the album ‘Black & Blue’).

While the Jagger/Richards-penned original vaguely flirts with the disco-funk sound of the era, the rework outfunks it in true and inventive Mocambo style, bringing the song closer to its intial inspiration and stretching it further out into a banging street funk jam.

Afrika Bambaataa makes you wonder who the funk Mick Jagger is, and fellow Zulu Nation members Charlie Funk and Deejay Snoop top it all up with P-Funk-style vocals and talkbox. The jam continues on the flip side with an exclusive part 2 including more beats, breaks and helium voices.