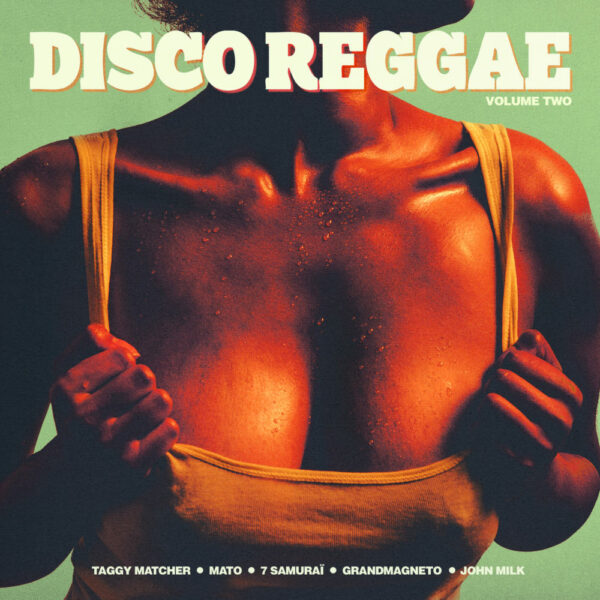 Stix Records is a sub-division of Favorite Recordings specialized in the exercise of producing covers with a Reggae twist. Acclaimed in 2013 with a first official single by Taggy Matcher Birdy & Nixon (STIX033), quickly followed by the first volume of Disco Reggae (STIX035) compilation, Stix is back in 2014 with a scorching Disco Reggae Vol.2.

Following the success of its first volume, the Disco Reggae series also expands with this 9 tracks compilation, composed with 8 new and exclusive versions by artists such as Taggy Matcher, 7 Samuraï, Mato, or John Milk, and the classic cover of “Tainted Love” by Grandmagneto. But this time, if they still explore famous hits like “Watermelon Man” by Herbie Hancock or “Happy” by Pharrell Williams, they also dug within the home labels’ catalog, taking over some of the finest titles by Mr Day, Lee McDonald, Lucas Arruda or The Joubert Singers.

Again this time, their swaying renditions seem straight out of the smoky studios from Kingston or Montego Bay, while also remembering the 80s Pop-Reggae sound of artists like Grace Jones or the less famous Earons. Everything is mastered and cut at Carvery Records (UK), known for their expertise in Caribbean and Disco music. The vinyl LP comes in a deluxe version, housed in an old-school tip-on jacket.