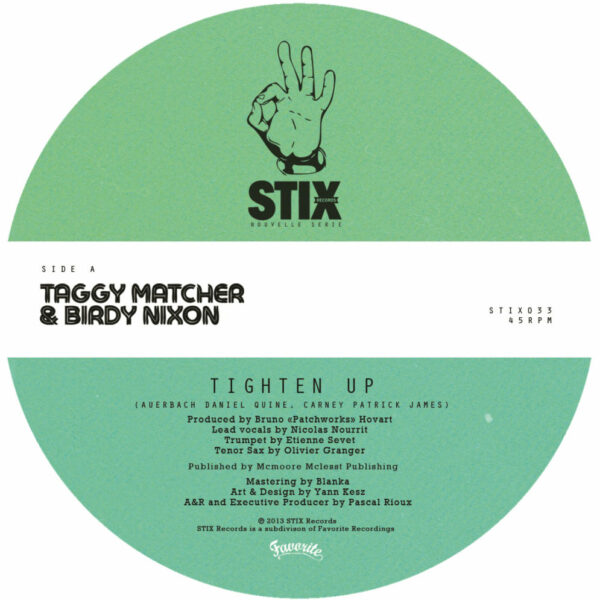 Since 2007, the mysterious Taggy Matcher has become famous to DJs and diggers for his brilliant remixes on Stix Records label, giving a new Reggae life to some of the best Hip-Hop and R&B classics.

Now more than 6 years after Stix was launched, it’s time for the imprint and Taggy to reveal them officially through the Favorite Recordings’ labels roster (Big Single, Rotax Disques, EDR Records).

For the occasion, Stix also get dressed with a great new logo, but also with a new artistic direction consisting in producing covers of some of the best hit singles, from any genre and any time.

For this first official release, Taggy Matcher also provides us with 2 blazing renditions of the famous “Tighten Up” and “Lonely Boy” by The Black Keys, with the help of upraising and talented Birdy Nixon singer.

The result is just blowing and almost sounds as if these 2 songs were originally composed in Jamaica. Somehow, Stix Records therefore take over the “Big Single/Dynamics” time. And it’s also not surprising to discover that Bruno “Patchworks” Hovart was the one hidden behind Taggy’s alias for all these years!!