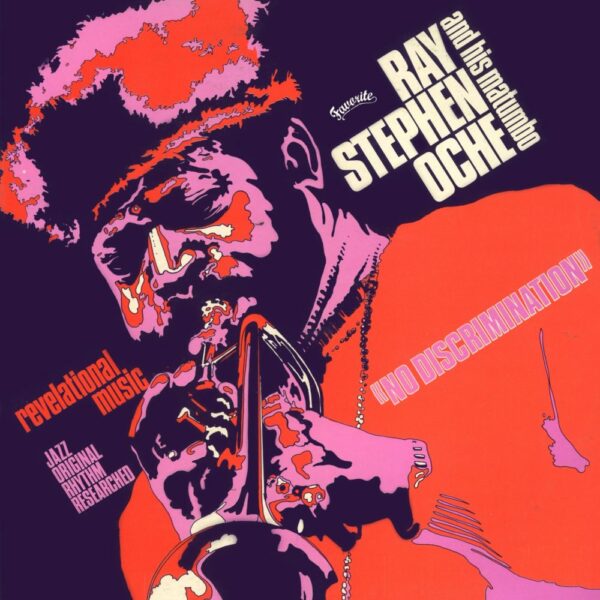 A revival, a resumption, a revelation… call it as you wish, Ray Stephen Oche is now delivering his musical message: fire, fun, fury, talent and magic. This is music from the African heartland, dense, intense, a genuine fermentation of black African experience in sound, a translation of Ray Stephen’s essence into a soothing, meaningful balm for your eager auditory faculties. Such is this album of “dedications”.

Following the recent reissue of Ray Stephen Oche’s “Interpretation of The Original Rhythms”, Favorite Recordings is going further by reissuing the second and only other album he recorded for Sonodisc / Disque Espérance in the mid-70s. This rare piece of Afro-Highlife and Afro-Jazz, is now officially reissued on LP with liner notes poster.