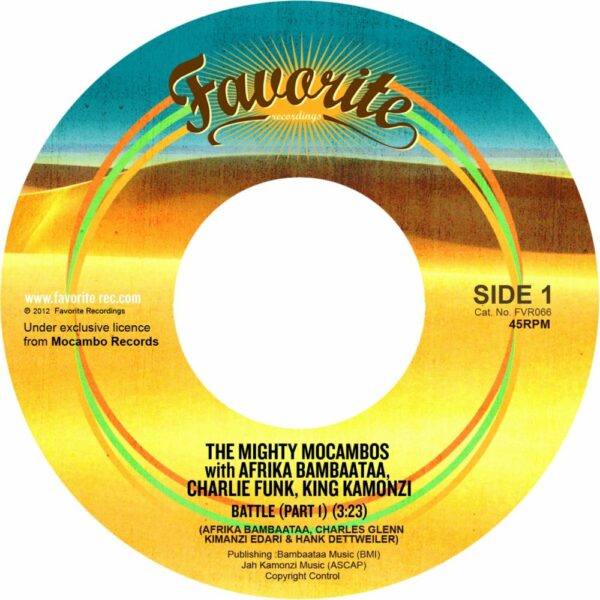 The Mighty Mocambos teams up with Afrika Bambaataa, Charlie Funk & King Kamonzi for a modern B-boy anthem. The Mocambo sound catches the vibe of NY blockparties, with a punch designed for the needs of today’s fly guys and
girls. The songs has been battle-proved at b-boy championships around the world and is a true dedication to universal hip-hop and funk culture.

You don’t really want « battle » with this! The flip side contains an exclusive instrumental version that is unavailable elsewhere than on this 45.