The Joubert Singers – Stand On The Word (EP) 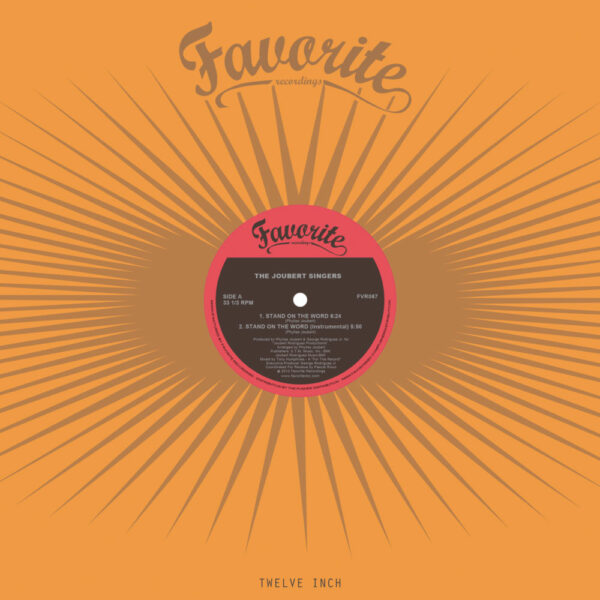 Stand On The Word was first ever recorded live in the First Baptist Church in Crown Heights, NYC, in 1982. Soon after the church pressed up a couple of hundred copies for the congregation, a couple of blocks away from Walter Gibbons’ Jus Born recording studios. Walter Gibbons must be credited to have revealed this Phyllis McKoy Joubert song to New York most discerning DJs and soulful dance music aficionados, as it quickly became a Garage, Loft and Zanzibar club classic and ended up remixed by Tony Humphries for this wider release. The idea behind this re-edition was also for people who weren’t able to afford the original to at least enjoy it on a 12inch vinyl.

The Larry Levans edit will be coming out as another 12inch including new remixes later this year.