Joyzza – If I Ruled The World (EP) 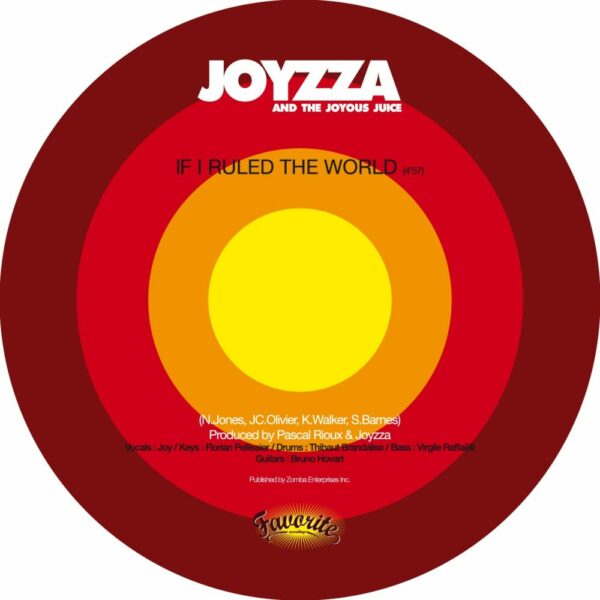 Joyzza & The Joyous Juice present their first single, “If I Ruled The World / She Song”, released March 26th 2012 on Digital.

These tracks, recorded at Colorblind Studios in Paris, are part of a project including Joy Poirel, a Franco-British singer-songwriter, and the three musicians who gave her the great honor of playing with her; Florian “Flow” Pellissier on keys, Thibaut Brandalise on drums and Virgile Raffaeli on bass.

Inspired by jazz, soul and hip-hop, the idea was to freely mix programmed music and samples with live improvisation. The A side is a cover of Nas’ tremendous “If I Ruled the World”… Nuff said. The B side, “She Song”, is an original track. First created as part of an ongoing collaboration with Markus Klammer, aka Glammalicious of Main Concept/58 Beats in Germany, this is the Colorblind’s “let it rip and see where it goes” version, including a tribute to the great Leon Ware…