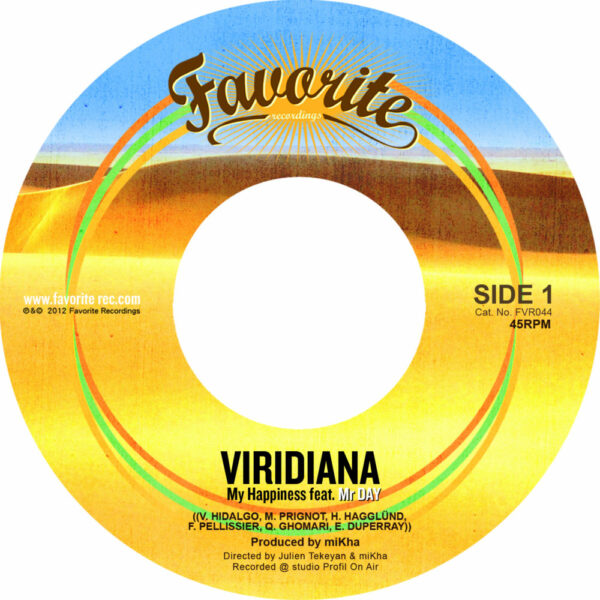 Lead singer and backing vocalist for various artists, Viridiana started composing her first songs since 2004 in collaboration with “MIKHA”, arranger and producer, also known as a member of the band Trevor & Lisa.

Around the MPC, they shape and look for sounds together. Today they are working on an album around samples included the first single « My Happiness ». Coming with a nice remix by Taggy Matcher on the B side.

Released in Digital on February 13th 2012, by Favorite Recordings.