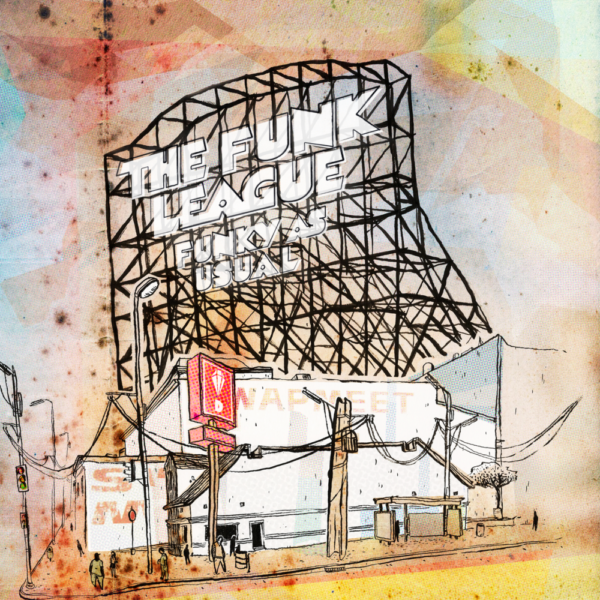 After a series of funk and jazz flavored singles and production credits for the likes of Large Professor or Diamond D, The Funk League, aka Hugo and the Soulbrother Suspect, is now ready to spread more groove with the release of their album, Funky As Usual.

Same goes for the mic duties, handled by no less than Large Pro, Diamond, Sadat X, Gift of Gab from Blackalicious, but also underground favorites Ugly Duckling, Abdominal, or even songstress Kylie Auldist from Aussie funk sensation, The Bamboos, on an all-acoustic acid jazz track performed and co-composed by label mates, The Joyous Juice.

Released November 14th in France and late January 2012 in all world. Available on 2LPs, CD & Digital.